The composite parts provide several advantages over the metal versions. They’re about 60% lighter, are faster to manufacture and don’t require the multiple milling steps needed for metal clips. Because there’s little waste, composite clips also have a much lower buy-to-fly ratio – the weight of the raw material divided by the finished component’s actual weight – than metal clips.

TxV started with semi-structural clips and brackets because the geometry is fairly simple and the isolated loads they carry aren’t flight critical. In addition, it’s easier to get small parts certified for aerospace use. But getting certification for clips or brackets is just a first step toward the goal of certification of larger, structural thermoplastic parts. “You have to find ways to get parts flying so you can demonstrate a track record of success in producing flightworthy parts and meeting application demands,” says Sourkes. At present, certification requires costly testing, but composites manufacturers are developing thermoplastic composite data for aerospace applications just as they are for automotive use. When new parts can be modeled, the need for physical testing will be reduced.

TxV creates digital twins of the parts it designs. “We have methods for parsing data and completing the analysis that get us to the point where we are comfortable that the part we will produce can be validated against those digital models,” says Sourkes. “We can analyze the digital models and be assured that our product is able to meet the qualifications and service requirements for the parts. It’s a much faster path to commercialization, and it allows the technology to proliferate.”

To reduce costs and cut the time between design and manufacture of thermoplastic composite components, designers are trying to get all the functional groups that will be working with a part involved at an early stage in the process, according to Sourkes. For example, looking at both performance and manufacturability at the initial stages will reduce the number of costly design and tool changes later. This can potentially take weeks, if not months or years, off the development process, he says.

Aerospace companies have additional reasons to take a closer look at thermoplastic composites, Sourkes adds. Because these components can be melted and reformed, airline companies may one day be able to recycle aircraft components that have reached their end of life. 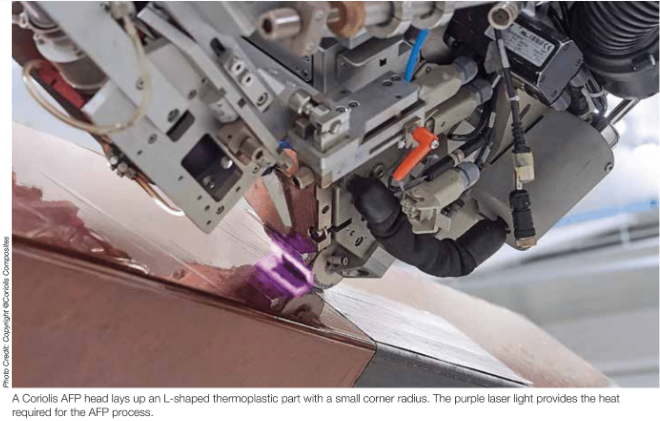 Although aerospace and automotive are leading the way in thermoplastic composites, other industries are discovering their potential. At the University of Alabama at Birmingham (UAB), Brian Pillay and his students have worked on thermoplastic composite projects for offshore drilling applications. One project involved the development of clamps to hold a new buoyancy system for deep water drills onto 350-plus drill strings, which are strong, heavy-walled pipes.